FREE SHIPPING on orders over $250! 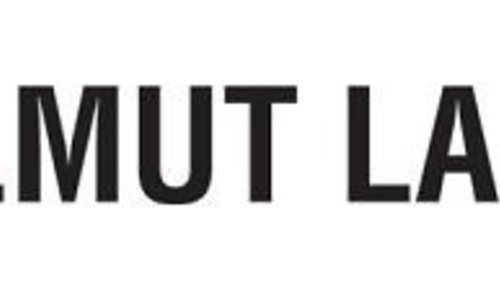 Relaunched in 2007 after changing hands from Prada to Link Theory Holdings, and without its legendary namesake at the creative helm, Helmut Lang now exists as a more affordable label than the luxury brand of yore. Helmut Lang defined luxe minimalism in the nineties (along with Jil Sander, Prada, and Calvin Klein). Lang focused on sharply cut suits and trousers, with references to the kinkier side of fashion via bondage pants or leather harnesses worn over T-shirts. His suits, and later his phenomenally popular jeans, became a uniform for power brokers in creative industries like film, art, advertising, and fashion. The new creative directors of the brand, CFDA runners-up Nicole and Michael Colovos, emphasized denim in their previous line, Habitual, and were tapped to run the Helmut Lang brand because of their combination of “street edge” and femininity, as explained by Andrew Rosen of Theory. They’ve succeeded at maintaining the brand’s modern, minimalist roots while stamping it with their own point of view.